Based on information from the US Census Bureau https://data.census.gov/ 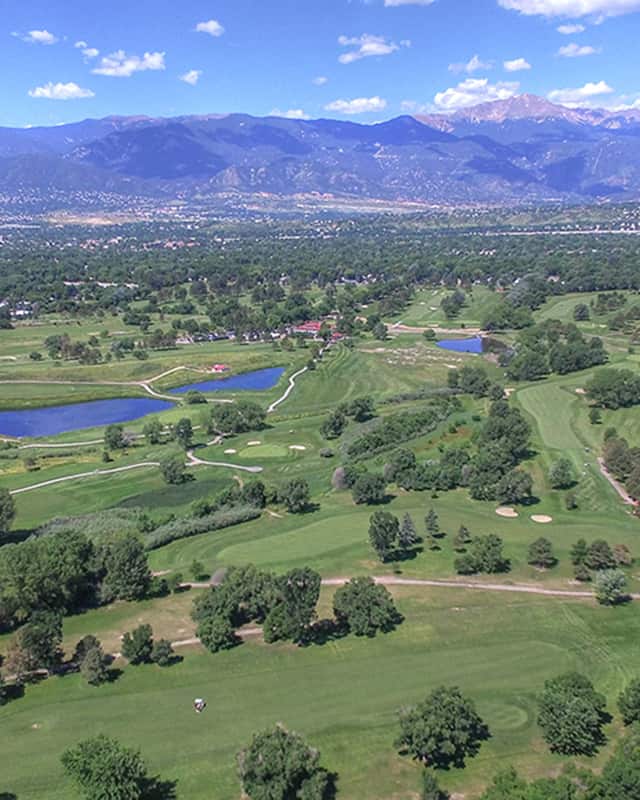 The Patty Jewett neighborhood is a vibrant, tight-knit, and insanely popular community located on the east side of downtown Colorado Springs. At the center of this neighborhood is the Patty Jewett Golf Course. Established in 1897, this 18-hole course is a public club and predates all but two other golf clubs in the country. Completed in 1910, the course sits under a canopy of 100-year-old trees and provides a park-like backdrop for the entire neighborhood to enjoy.

FROM THE HISTORY BOOKS...

In 1919, William Jewett a member of the Town and Gown Golf Club purchased the golf course property and donated it to the city of Colorado Springs in honor of his wife, Patty Jewett. The original 1899 clubhouse remains in the neighborhood today as a private home located on the corner of Columbia and El Paso Streets. The neighborhood grew up around the golf course with the southwest part of the area developing first and then development moving toward El Paso Street. The Shook's Run Trail was developed on the land where the Atchison, Topeka and Santa Fe Railroad tracks carried passenger north from the Santa Fe Depot east of downtown Colorado Springs.

THINGS TO DO IN PATTY JEWETT

The Patty Jewett Golf Club is the main draw of the area, providing a great restaurant, and activities in addition to the golf. The Bonn Shopping Center also is a draw with a coffee shop, Ace Hardware and some other local businesses. The Good Neighbors Meeting House is also a popular location to grab something to eat or drink at the Patty Jewett Bar, or to sit a while to recover from your bike ride on Shook's Run Trail.

Tell Me More About  Patty Jewett

Patty Jewett is in the District 11 School District

There are some great things to do around the Patty Jewett Neighborhood.

The Shooks Run Trail is an easy four-mile paved trail that travels right through the heart of the Patty Jewett neighborhood. Riders often stop by the Good Neighbors Meeting House for breakfast, lunch, or just a cup of coffee.

The Good Neighbors Meeting House is much more than just a great little Coffee shop. This is the social hub for many in the neighborhood. This place serves breakfast, lunch, and even hosts the occasional community dinner. Stop by, you’ll be glad you did.

The Bon Shopping Center is located just northwest of the Patty Jewett Neighborhood and offers a wide range of shopping options. While the anchor store is a Safeway Grocery store there are more attractions like Hardware, Pet Supplies, Fitness Center, and a bank just to mention a few.

Why do people live here?

The Patty Jewett Neighborhood attracts residents for many reasons. First, it’s very charming, so this aspect is enough for many potential homebuyers.The premier location of this neighborhood is another factor that makes this neighborhood so popular. Patty Jewett is close to the downtown business district, the Broadmoor Hotel, the Powers Corridor as well as I-25 and Powers Blvd.

How did Patty Jewett get its name?

Established in 1897 as the “Town and Gown Club,” a group of members eventually funded and built the golf course. William Jewett, one of the founders, eventually bought out the other members, changed the club's name to Patty Jewett after his late wife, and ultimately donated the club to the city of Colorado Springs.

What is the dress code for Patty Jewett Golf Club?

There is no specific dress code at Patty Jewett Golf Club or the Patty Jewett bar and restaurant. Of course, Shoes and Shirts are required, but Blue jeans are fine, as is classic golf attire.

Are there covenants in Patty Jewett?

Did you find what you were looking for?