The Charm of the Patty Jewett Neighborhood 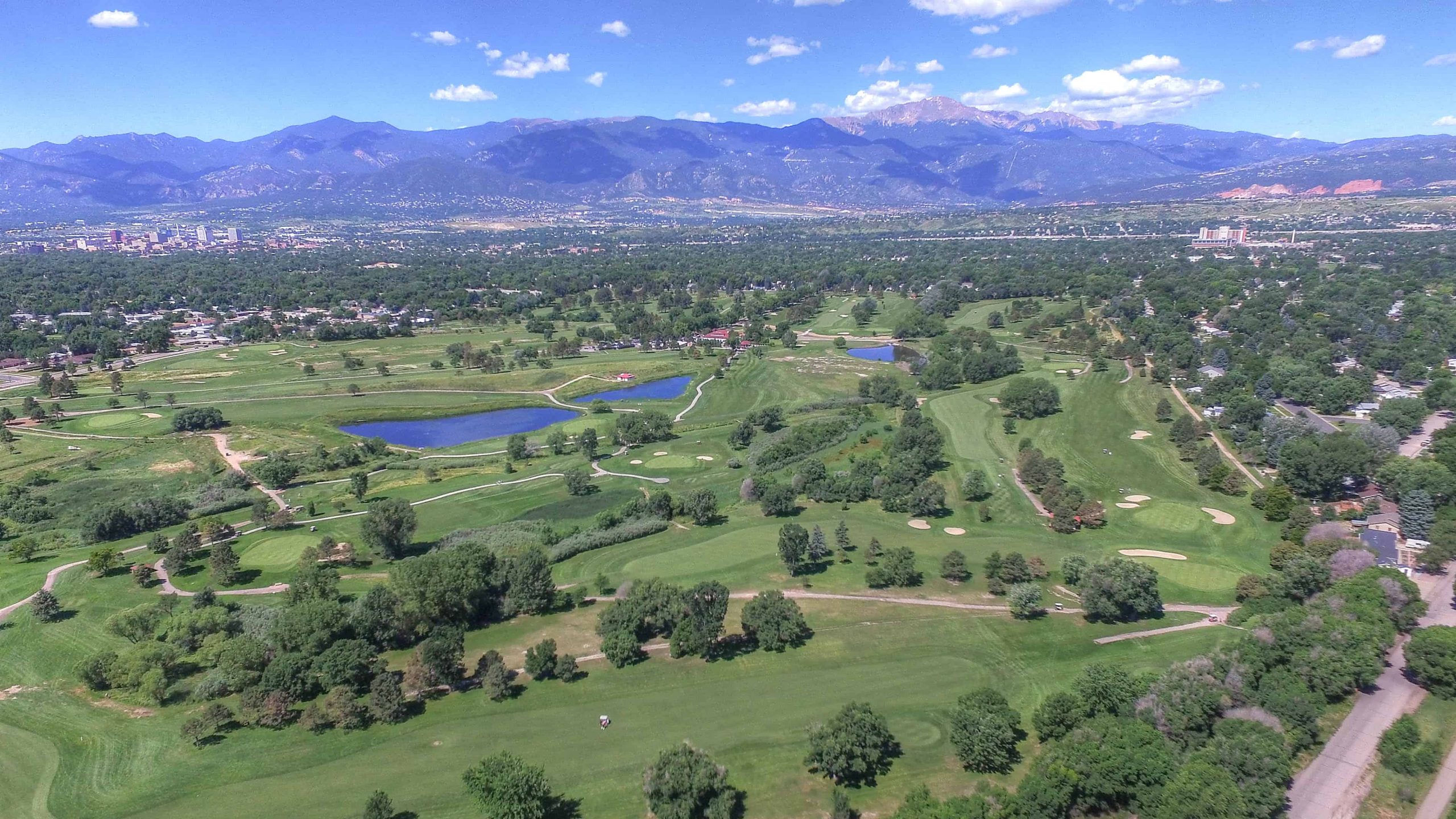 The beginning of summer of 2001, I moved to Colorado Springs. I actually drove, all by myself, a 22’ diesel U-haul truck into Colorado Springs. That’s a different and much longer story.  I had visited Colorado Springs once or twice before, and this young, recent college grad was thrilled that this town was going to be my own. I quickly fell in love with the grand spectacle of Pikes Peak and all this town had to offer. As I settled in on the east side, I began exploring my new found home.

Being from the south, I quickly began to swoon over Downtown Colorado Springs, the Old North End, and Old Colorado City. I loved the old Victorian homes with their porches and tree-lined streets. It made me feel at home. And I’m a sucker for old houses and buildings, even old people are the best! I love anything with a story, and you have to have some age to have a story!

Many times driving from the east side of town, with its exquisite views of the mountains, I would be overcome with awe. Look at that view. What a gorgeous place this is!

How I Discovered Patty Jewett

As I would make my way to downtown, a trailhead on the west side, or a restaurant in Old Colorado City, I would drive through this perfect little neighborhood with it’s mostly early to mid 20th-century homes and tree-lined streets. It quickly became a favorite of mine. I would intentionally plan my routes to drive through this part of town. And back then, you did have to plan your routes by getting directions from an actual person perhaps. Crazy!

Then one day, a friend invited me to go hit golf balls at the driving range. They gave me directions to this little public golf course. And there I was driving through that fantastic little neighborhood again, and I arrived at what I would say is one of the most fantastic and lovely places in the Springs -- The Patty Jewett Golf Course.

So, we hit some balls and made a plan for coming back to play a round of 9 in a couple of weeks. Before we left, we sat and enjoyed a drink at the Clubhouse with one of the best views of Pikes Peak you’ll find in town! And I figured it out, this neighborhood that I loved so much was called Patty Jewett. A number of years later I bought a house in what I would call part of the greater Patty Jewett neighborhood, a little neighborhood just on the northside called Bonnyville.

Where exactly is Patty Jewett?

Generally speaking, the greater Patty Jewett neighborhood is bordered by Union on the east, Uintah on the south, Wahsatch on the west, and La Salle in the Bonnyville area on the north. Why do I say generally speaking? Well, parts of Wahsatch are in the Old North End. And the boundary between Old North End and Patty Jewett is really the alley between…. Anyway, I won’t bore you with those details. We can have coffee sometime, and we can cover these nuances.

The Patty Jewett Charm and Appeal

The Patty Jewett part of town is full of charm and character. And it’s connected to major history in our city. The golf club was established in 1897 and predates all but two other golf clubs in the country. The golf course was built in 1910, and then in 1919 the course was given to the city of Colorado Springs by W.K. Jewett in honor of his late wife, Patty Stuart Jewett. Now we know the neighborhood around this course by this same honor.

I said I loved a good story! And this neighborhood sure does have a GREAT one!

My Neighborhood Tour of Patty Jewett

My colleagues at Springs Homes asked if I would like to make a video about my favorite neighborhood. “Oh, you mean Patty Jewett?”, I laughed as if there is any doubt that this is my favorite area.

Preparing to make this video gave me a great chance to dig a little bit into the history of the area, think about all of the reasons that I like living here, and summarize why I feel this is such a good neighborhood for such a wide variety of people. And now you have a chance to watch a personal tour of Patty Jewett given by yours truly. My only regret is I wish my hair was behaving better during the filming.