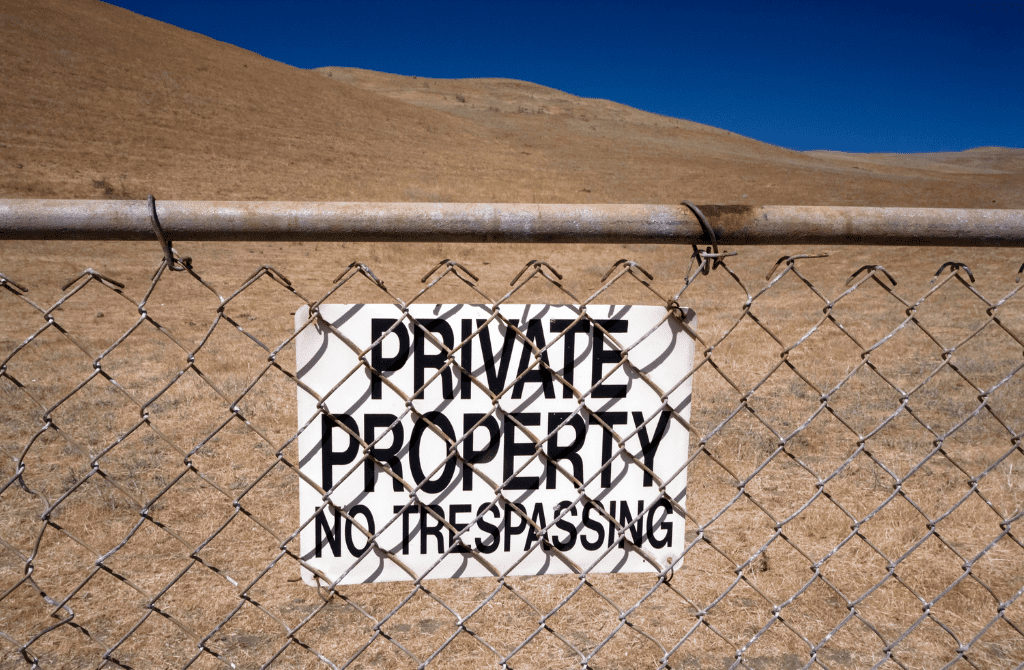 At first glance, the prescriptive easement and adverse possession appear to be the same. This is because they both adhere to the same set of adverse possession laws. The primary difference between these two legal doctrines has to do with who ends up owning the property in question.

A prescriptive easement gives the legal right of use to someone other than the rightful property owner. But such use is only for a specific purpose, while adverse possession provides for the actual transfer of title and ownership interest of the real property.

Easements are generally agreements between two property owners that allow one property owner to use some portion of the other owner's property for a specific purpose. The party using the property is called the dominant estate, while the property allowing their use is known as the servient estate.

These agreements are usually made verbally and sometimes put in writing and recorded so that all parties understand the easement and the easement can exist long term without creating problems later on.

A classic example of a prescriptive easement occurs in a rural area when somebody installs a fence that encroaches onto another person’s property if that fence stays in place for a long period of time and meets the required period for the State laws.

The owner of the fence can ask for a prescriptive easement without the permission of the property owner as opposed to moving the fence. Such claims don't give the easement holder any claim of title or ownership of land the fence is on, but they're allowed to keep it in place.

Adverse possession, on the other hand, is a legal principle that allows someone in possession of the property owned by someone else to acquire title or ownership of that property; this is often referred to as squatter's rights.

Modern adverse possession cases are not as common as prescriptive easements, but they do exist. These cases are rare because the requirements are so specific that fulfilling them is very difficult to meet. In order to adversely possess a property, the possession must meet these essential elements:

While each state is different, If you want to claim adverse possession of a property, payment of taxes might be one way to gain ownership of the property. Here in Colorado, to adversely possess, the occupier must be in possession of the property for 18 years, or consistently pay property taxes for seven years and produce some form of color of title.

The term color of title refers to some written document that shows a good faith belief by the possessor that they are legally entitled to the land, even if it fails to carry the necessary legal authority.

What is the Purpose of Adverse Possession?

Adverse possession was later used by American courts in the early 1800s during the westward expansion to incentivize landowners to use their land in a more efficient manner. In most cases, the adverse use was a better use of the land in the best interest of the greater good. Even though these tools are still in use, the public policies supporting their use are antiquated and out of date.

If adverse possession seems like an outdated concept, that's because it is. Adverse possession is a legal principle that originated in ancient Mesopotamia. In around 2000 B.C., the Code of Hammurabi stated that if a house, field, or garden was abandoned by the original owner and another person used it for at least three years, this new person would gain ownership of the land.

What is the Purpose of Prescriptive Easement?

These same principles apply to prescriptive easements as well. Prescription made it easier to settle land disputes between people who were actually using the land of absentee landowners for good purposes.

Prescriptive easements encourage property to be maintained and used productively. The logic behind the prescriptive is similar to the concept of adverse possession. If the property owner isn't aware of what the state of the property is for more than 7 or 20 years, they are most likely letting it fall into bad condition.

How to Avoid an Adverse Possession or Prescriptive Easement Claim?

If you are the owner of the property, you should keep an eye on the property to be sure it is being managed properly. Review the condition of your land, buildings, and infrastructure on a regular basis to ensure that they are in good working order. If you don't live in the area, have a friend, neighbor, or your realtor keep an eye on your place.

To prevent a trespasser from gaining property ownership, you can take the following steps:

Adverse possession and prescriptive easement share many of the same concepts and rules. These rules or laws differ from state to state. If you think you were involved in one of these cases, the best action is to contact an attorney as soon as possible.

While both of these laws were originally intended for the greater good, like many things, they can be used to take advantage of others, it's important to protect your property and your rights, so don't hesitate to contact an attorney if you have been the victim of trespassers.

If you're on the receiving end of adverse possession or prescriptive easement claims, it's always best to try to work things out with the true owner. This can be done through negotiations or mediation. You could ask for an easement, this would be an express easement. Express easements are easements that are created by express words in a deed, contract, or other writing, they are essentially permission of the owner to use their property for a specific purpose.

Express easements can be used for a variety of purposes, such as providing access to land from an adjoining property, granting an owner the right to construct a driveway or walkway on another's land, or authorizing the use of a public road.

If these attempts fail, it may be in your best interest to consult with an attorney before taking this route.

You ultimately have to live in the neighborhood, and the neighbors will certainly know what's happened. If only for this reason, you should try to work things out. That way, you can avoid any potential legal trouble and bad neighbor relations.

Adverse possession and prescriptive easement claims should only be used as a last resort. If you have any other options, like negotiating with the rightful owner, take them before consulting an attorney.

Credit Dings Might NOT Stop Your Home Buying Dreams

What’s the Difference Between Mortgage Insurance and Homeowners Insurance?

Mold in Houses - Practical Guide For Home Buyers and Sellers

Buying New Construction: How Can a REALTOR Help?

How to Ace Your Home Appraisal