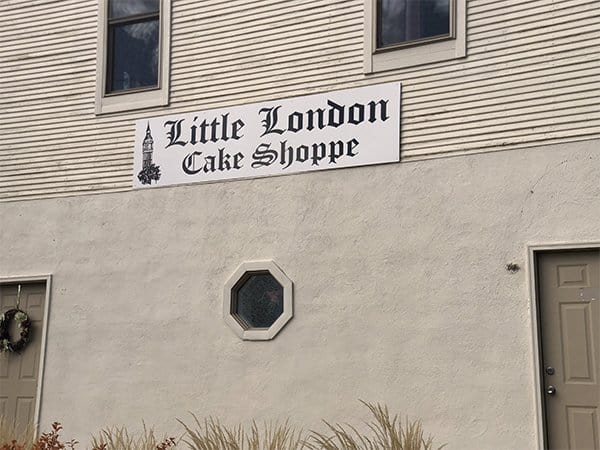 “Little London” was the nickname given to Colorado Springs in its early years of existence. This was because there were so many people of British descent living in the area. As a matter of fact, at one point, 1 in every 5 residents was of British descent.

This was due in large part to the fact that much of the money raised by William Palmer to develop both Colorado Springs and the Denver and Rio Grande Railroad came from English Investors.

In his book “Newport in the Rockies”, Marshall Sprague explains how good luck and a little bit of good old-fashioned marketing by one of General Palmer Associates named Dr. William A Bell helped fuel the growth and investment in “Little London”.

According to Sprague, Charles Kingsley, Canon of Westminster Abbey caught a cold in the fogs of San Francisco in June of 1874. Doctors ordered him to Colorado Springs to get over this cold.

The great man had no interest in visiting the area even if it was beginning to be called “Little London”. For him, Denver was more appealing but at that time Denver was no place for the head of the Temperance Society.

When the Canon arrived in Colorado Springs he couldn't wait to get away. Remember, the Pikes Peak region was a pretty rough place in 1874.

Dr. Bell assumed duties as Kingsley’s host and press agent. Bells frequent reports back to Great Britain failed to mention Kingsley's desire to leave the area as soon as possible. Instead, the reports boasted that Colorado Springs was the Highpoint of Kingsley's American tour and was furthermore, the one place on Earth where a man could recover from a cold in proper British fashion.

Dr. Bell exploited Kingsley's month-long stay, to strengthen the Little London idea and to lend prestige to his advertisements in the British dailies on the wonders of the Pikes Peak region for sheep and cattle ranching.

Farmland in Britain at this time was no longer able to grow enough food to support the British population. By 1874, Bell was aware that British emigration was approaching flood-tide. Thousands of tenant farmers and younger sons of large landowners were on the move to the American West. Bells efforts saw to it that Colorado Springs received its fair share of these immigrants.

Located in what is now Manitou Springs, Bells home, Briarhurst is where Kingsley stayed to convalesce and eventually became the social center of the Little London Society. Briarhurst still exists today and is more commonly known as “Briarhurst Manor Estate” and consists of an excellent restaurant and a popular facility for weddings and other events.

Colorado Springs residents evidently became "quite British" according to Patricia Farris Skolout, in her book "Colorado Springs History A to Z. Residents carried umbrellas, celebrated English holidays, flew the English flag on Queen Victoria's Birthday, played cricket and rugby. The police in Colorado Springs at that time were even called "Bobbies".

Vestiges of our British past still exist today. For example, The Broadmoor Hotel still hosts afternoon teas from Monday through Saturday. One of our favorite bakeries is the Little London Cake Shoppe.

The Little London Market is a popular upscale consignment shop on the western edge of Downtown Colorado Springs.

The British theme continues in a myriad of other ways, for example, many of the streets northeast of the Broadmoor Hotel are named for the old polo grounds that were housed in that area.

So, although the name "Little London" and the atmosphere are long gone, you can still find pieces of that unique Colorado Springs history, if you know where to look.

The Charm of the Patty Jewett Neighborhood