Buying a Home with a Pikes Peak View 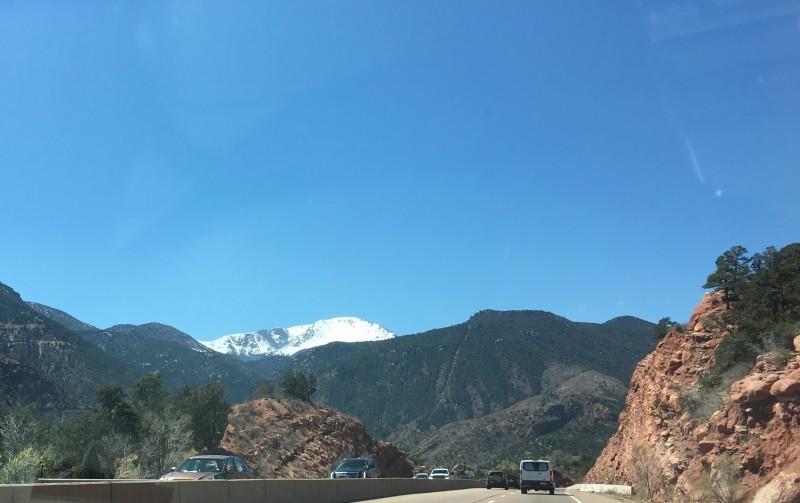 People come to the Colorado Springs area from all over the country... the world for that matter. They move here primarily because of our military and technology companies, but also just for the sheer beauty and reasonable cost of living. The Pikes Peak region is a popular place. One of the first things people ask for (especially from the midwest or south) is for a Pikes Peak view! "America's mountain" sometimes feels like she's right on top of our beautiful city! Since the angle and view of Pikes Peak can vary so much, it can be a big factor in determining where you should buy a house.

I frequently tell incoming clients that there is a trade-off between the view versus the feeling of living in the mountains. Once you get pretty far west, it's actually more difficult to see Pikes Peak because the other mountains stand in the way. So, I just wanted to give you a little perspective on our beautiful mountain from various angles. As you look through them, I'm sure you can hear "for purple mountain majesty, above the fruited plains.." playing in your head. Katherine Lee Bates wrote America the Beautiful lyrics, inspired by Pikes Peak, actually originated as a poem called "Pikes Peak"; later it was put to music with Samuel A. Ward of Grace Episcopal Church in NJ.

This beauty was taken from eastern El Paso County in the Calhan/Peyton area as I headed back into town after showing houses. As you can see, Pikes Peak looks like a lone, towering peak from this distance, the rest of the mountain range hardly discernable. Note the cows and wide open spaces... if you're looking for this type of land and view, maybe this is the area for you!

Head just a bit further west into Colorado Springs. This shot it taken from the Briargate area. Obviously, a recent snowfall helps define the lines on the mountains, but it's also just a little more clear the closer you are.

This one is on the way up Ute Pass. This might be the type of "peek-a-boo view" you might expect if you land in a home on the west side of town (west side is pretty much west of I-25, our major interstate... but the further west the better for most with this preference).

Not sure I will call this saving the best for last, but I have a strong opinion on the beauty in Woodland Park... our mountain town, just 20-30 minutes "up the pass" west of Colorado Springs. The perspective on Pikes Peak is completely different. The mountain is far deeper than it seems from the Colorado Springs area. I've hiked the Crags from this backside and you can see to the west for miles.

Needless to say, I love this area, the weather, the friendliness, and so much more... but Pikes Peak is probably our most notable landmark, with Garden of the Gods, the United States Air Force Academy and the Broadmoor hotel as other major draws to the area. I'm not sure if this helps you make a decision about where you will end up buying a home, but in any case, I'm sure you'll love the area and our mountains almost as much as I do!

The Importance of a Buyer's Walk Through!

USDA Loans in Colorado Springs - How Do They Work?

What You Should Know When Shopping for a Mortgage